Rep. Tim Ryan: Marijuana should be legal in all 50 states 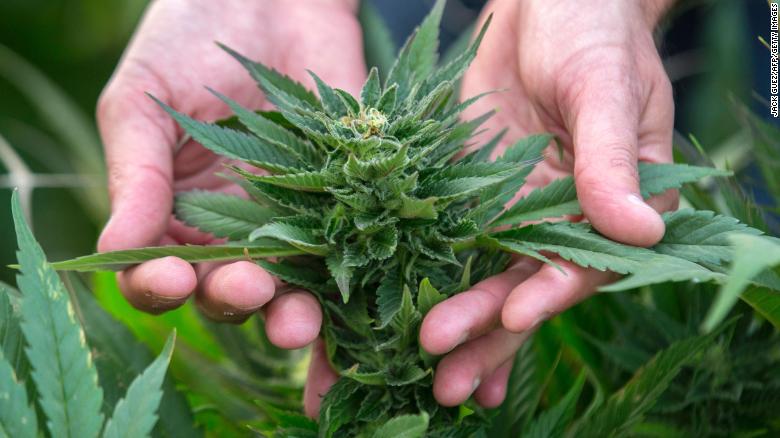 I have seen this firsthand in my state and in my district. According to the Sentencing Project, Ohio has the 15th highest incarceration rate in the United States. This translates to over 70,000 Ohioans behind bars. And, nationally, about one in four prisoners are behind bars for low-level drug offenses. When they finally leave prison — after years removed from employment, education and family — their chances of having a productive life are slim.

As co-chair of the House Addiction, Treatment, and Recovery Caucus, I’ve been hesitant to support legalizing marijuana in the past. But after meeting with countless Ohio families and youth whose lives have been irreparably harmed by a marijuana arrest, I find the social and economic injustices of our marijuana policy too big to ignore. I firmly believe no person should be sentenced to a lifetime of hardship because of a marijuana arrest. It is morally wrong and economically nonsensical. That is why I am calling for an end to marijuana being used as an excuse to lock up our fellow Americans.

Marijuana should be legal in all 50 states. Across the country, nine states and the District of Columbia have passed laws legalizing marijuana. Voters in Michigan and Oklahoma will be voting on marijuana initiatives this November, and efforts are underway in Missouri, Arizona, Nebraska and Utah to get legalization initiatives on the ballot. While I support these states for leading by example, this is an issue that affects every corner of our nation. You should not be able to legally buy a product in one state, just to be arrested for the very same act in another.

Studies have shown that marijuana legalization could save $7.7 billion in averted enforcement costs and add $6 billion in additional tax revenue — a $13.7 billion net savings. Not to mention the reported 782,000 jobs it could create on day one.

Think of what our country could do with that money: rebuild our highways, bridges, and railroads; provide our communities with the resources they need to respond effectively to substance abuse and the opioid epidemic; and create jobs.

We need to invest in a country that works for all Americans. We need every citizen working to keep America moving forward. Instead, we are keeping one in five Americans off the economic playing field — the majority of them people of color. Incarcerating young men and women, instead of educating and empowering them, is how our country gets left behind on the world stage.

Congress can change this by passing the Marijuana Justice Act. This legislation would remove marijuana’s designation as a Schedule I drug — those classified as having no accepted medical use and a high potential for abuse. It would also eliminate all criminal penalties for an individual who imports, exports, manufacturers, distributes, or processes with intent to distribute marijuana. To create economic opportunity in communities devastated by mass incarceration, the bill creates a $500 million community reinvestment fund to provide job training for the nascent legal cannabis industry.

Rep. Tim Ryan: Marijuana should be legal in all 50 states
marijuana legislation