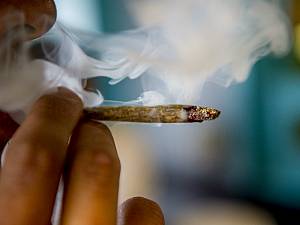 New York Gov. Andrew Cuomo has established a working group to draft legislation to legalize recreational marijuana. The group doesn’t have a clear timeline, but they do appear to have a mandate: According to a Quinnipiac University Poll from May, 63 percent of the state’s voters support “allowing adults to legally possess small amounts of marijuana for personal use.”

The government has slowly been getting on board. In January, Cuomo asked the state’s Department of Health and other agencies to study the “health, criminal justice and economic impacts of a regulated marijuana program.” The resulting report endorsed legalization. Prohibition, it concluded, did little to combat the problems of drug use and only exacerbated existing injustices. The working group is the next step in the process.

The news out of New York is part of a broader trend. Thirty states and the District of Columbia permit the sale of medical marijuana, and nine states and D.C. allow for its recreational use. That would have been unimaginable just three decades ago when, according to a Pew poll, only a little over 15 percent of Americans supported legal pot. The number is higher than 60 percent today.

It’s not just coastal elites and limousine liberals who are changing their views. Just this summer, voters in ultraconservative Oklahoma—a state whose governor once vowed to “do anything I can to prevent the legalization of marijuana”—gave medical marijuana a majority of 57 percent.

Meanwhile, the FDA recently approved the first drug derived from cannabis. Onetime drug warrior John Boehner now works for a marijuana lobbying firm. Housing and Urban Development Secretary Ben Carson conceded some of the horrors of the drug war. And legalization has worked exactly like the prohibitionists said it wouldn’t as Nevada drew in nearly $195 million in legal marijuana sales in the first half of this year. New York will soon give us another milestone—and that’s good news, no matter what nonsense Jeff Sessions may tell you.