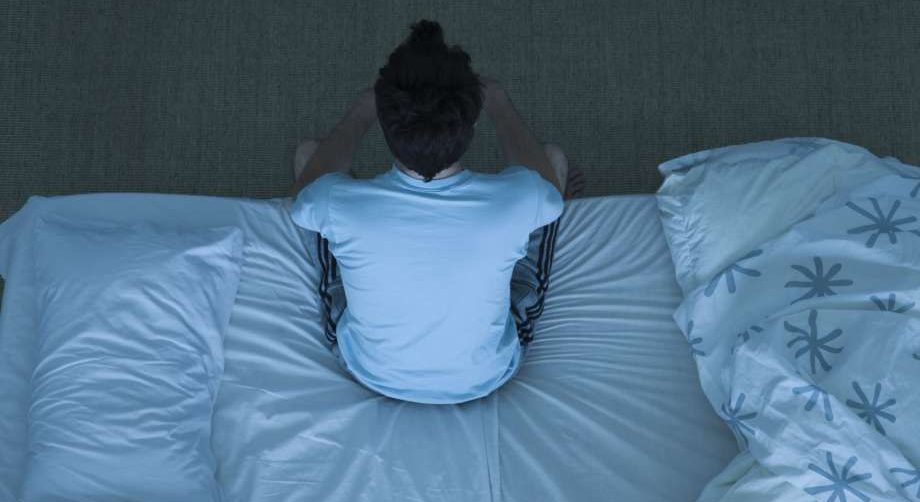 Four-time Stanley Cup Champion Darren McCarty often credits medical cannabis with saving his life. “When I first went pro at age 21, I was drinking myself to sleep every night,” McCarty says. “When I couldn’t drink, I experienced severe anxiety. That is when I first remember battling insomnia.”

While the former Detroit Red Wings superstar says he used cannabis off-and-on during his NHL playing days, he’s the first to admit that it wasn’t strictly for medicinal use. “In my playing days, I didn’t know any better,” he says. “But after my NHL career ended, I began educating myself about the benefits of cannabis, one of which was for treating insomnia. It was around that time when I began to respect cannabis as a medicine.”

Similar to McCarty, former UFC Heavyweight Champion and three-time King of Pancrase World Champion, Bas Rutten, also battled with insomnia. But for much of his professional fighting career, Rutten was heavily dependent on sleep aids such as Seroquel to treat the problem. “I knew the sleeping pills were ruining my liver,” he says
But it wasn’t until his primary care physician introduced him to high-CBD (cannabidiol), Indica-dominant cannabis strains in 2013 that he found a replacement for the pills. “After being introduced to medical cannabis, one hit at night with a vaporizer allows me to fall asleep with ease,” he says.

Vindicated by Research
Now a new study from the University of New Mexico (UNM) backs up these two athletes’ and countless others’ claims. The study entitled Effectiveness of Raw, Natural Medical Cannabis Flower for Treating Insomnia Under Naturalistic Conditions, recently published in the Medicines journal, concludes that the consumption of medical cannabis flower is associated with significant improvements in perceived insomnia.
Jacob M. Vigil, MD, the lead cannabis researcher at the University of New Mexico, utilized a mobile software application called Releaf App to analyze how 409 people who completed 1,056 medical cannabis administration sessions tracked their personal cannabis administration methods, products, dosing regimen, and perceived side effects (co-author Kevin Provost is an investor in Releaf App).

The study concludes that in comparison to conventional prescription pharmaceutical sleep aids, CBD is generally believed to be much safer and often is described as non-psychoactive.  “For individuals weighing the costs and benefits of using different types of sleep medications, whole natural Cannabis flower, or good old fashion ‘bud’ to the layman, may offer some of the highest therapeutic-to-negative-side-effect profiles of any available options currently available to sleep-sufferers,” Dr. Virgil says.

Despite the fact that insomnia is still not a qualifying condition under any state-authorized medical cannabis programs, McCarty and Rutten were excited to learn about the insomnia research study, which further confirms and supports their personal experiences. “It’s important to have science-based research backing up what many individuals believe to be true about the healing effects of cannabis,” says McCarty.
Rutten agrees. “It seems that 85 percent of the people I talk to about medical cannabis are either using it for pain management or as a sleep aid.”

Their Cannabis Regime
When we asked McCarty and Rutten if they had specific products or dosing regiments to recommend for insomnia, both were quick to provide personal insight.
Rutten’s cannabis regimen includes a vaporizer for Indica-dominant strains like Northern Lights, Purple Passion, and OG-Kush prior to bedtime. Rutten rarely takes more than one hit, unless he’s feeling extremely stressed.

McCarty, on the other hand, manages his insomnia with a low-TCH/high-CBD strain three times per week on average. It is far more important for him to communicate with the source of his medical cannabis supply as opposed to relying on a specific strain, he says, advising: “Get to know your cultivator so you can trust where your products come from”.

For McCarty and Rutten, the support of medical cannabis doesn’t stop with personal consumption. In addition to being medical cannabis patients themselves, both men advocate for cannabis research as members of Athletes for CARE (A4C), a 501c3 nonprofit organization founded in 2016 to address critical health and wellness issues facing former professional athletes and the public.

“Once people know you are using cannabis, it’s easier to talk about”, says Rutten, who joined A4C to help share his story of overcoming an addiction to pain pills using cannabis.

Similarly, McCarty was attracted to A4C to help spread education on medical cannabis and to surround himself with like-minded individuals in pursuit of healthier lifestyles. “Having consensus among athletes from every major sport in support of cannabis research is something the media, professional sports leagues, and healthcare communities can’t ignore for much longer,” says McCarty.
With over fifty former professional athletes presently in the organization, Athletes for CARE is the largest “by athletes – for athletes” cannabis advocacy group in the world.