Building A Great Brand With The Stroke Of A Pen 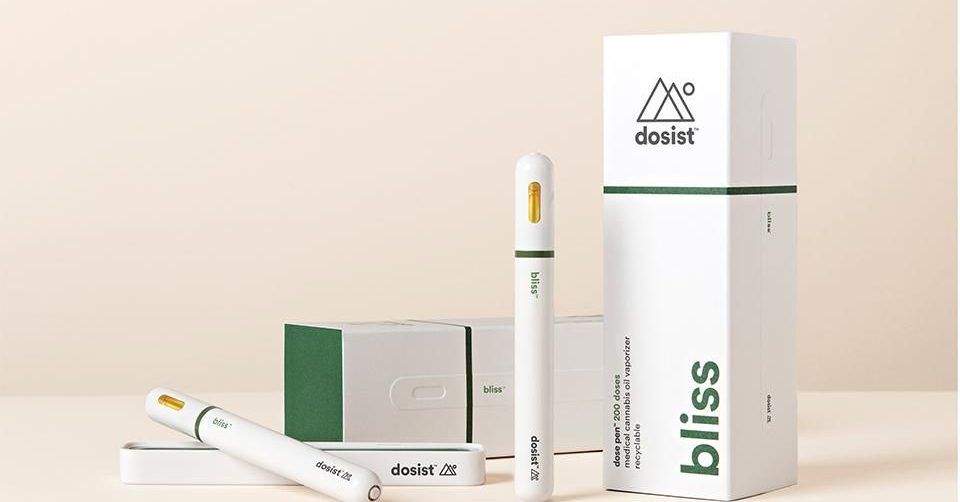 Picture a CEO of an innovative startup that has won countless awards for its products, developed a legion of devoted fans, and is poised to redefine the industry in which it operates. What should the CEO’s next step be?

In the case of Gunner Winston, CEO of dosist, the leading disposable vaporizer maker, he changed the company name and slowed down the aggressive expansion plans his staff had planned.

That might sound counter-intuitive. However, his company – dosist – is actually a case study in savvy brand building and talent management. Rather than go after quick profits, everything Winston has done since taking over as CEO has been about building a stronger brand and an experienced team that will allow the company to thrive long into the future.

Today, the cannabis industry is primarily known through brands that focus on recreational use and intoxication. “It’s either ‘party, party, party’ or putting the most THC (cannabis’ main mind-altering ingredient) in an edible to put you on your tail,” Winston said.

dosist embraces an entirely different approach, focusing on science and innovation. The company’s award-winning pens deliver a small, precise dose of cannabis’ active ingredients to address specific health concerns, such as anxiety or sleep issues. “We mitigate the intoxicating effects and illuminate the benefits of the whole plant,” he explained.

When dosist was launched in 2016, the company was called “hmbldt,” a nod to Humboldt County, which is considered the “champagne region” for cannabis. Winston was retired after a successful career running a New York hedge fund. He became the biggest investor in the firm, and took over as CEO in April 2017.

ESG Matters… Now What?
“The business was not as buttoned up as I would have liked – they were running it like a family-owned business,” he said. “I wasn’t looking to come out of retirement, but the founders asked me to be CEO and I agreed because the mission is so much bigger than the cannabis space. We’re here not just to transform the category, but to transform how people think about healthcare .”

The Greeks Had a Word

Winston changed the name from hmbldt to dosist to reinforce the brand of the dosage-controlled devices. The name dosist is derived from the Greek word for dose, or to be precise, “dosis: an exact portion prescribed, literally a giving or gift.”

Every day, Winston thinks deeply about brand. He talks about how Nike is not about shoes, but releasing one’s inner athlete. Starbucks is not about coffee, but creating a third place outside of home and work where people can congregate. Along those lines, dosist is not about cannabis, but about empowering people to naturally manage their health. “Cannabis is just the vertical we use to serve our customer,” he said.

When Winston came on as CEO, the company was already planning to expand to seven geographies by the end of 2017. “My narrative of growth is different than other people,” he said. “Great brands don’t rush.”

Instead of expanding rapidly, he emphasized creating a stronger presence in California, the largest wellness market and largest cannabis market. He cut ties with 40% of the outlets that were selling the vaporizers because he didn’t like the way they were positioning them beside the “recreational and intoxication” providers.

“If you don’t properly present our brand, you can’t have our brand,” he said. “We slowed down and made sure the business works, building connections one by one.”

Winston says the intense focus on the company’s long-term health mission is a different philosophy than his Wall Street days, where the culture was heavily focused on the moment and maximizing profits immediately. “Beyond money, I am not sure what the connective tissue on Wall Street is,” he said. As a result, he himself had to learn how to work with and motivate employees who were driven by a higher purpose. “When I came here, I had to work really hard with a leadership coach to think about what makes a leader,” he says.

Winston had led by example, foregoing a salary when he first became CEO. While he wants his employees to be well compensated, he doesn’t want anyone who is drawn solely by the desire to make money, but rather who share his vision of transforming healthcare.

He quickly built a team of committed people with impressive experience at well-known brands – Josh Campbell, President of dosist, came from Starbucks. Anne-Marie Dacyshyn, his chief marketing officer, came from Burton Snowboards. Lenny Louis, who was named to head the company’s second market in Canada, came from Tesla. Katrina Basic, his CFO, came from Planet Blue.

He is proud that his company has a female CFO and a diverse workforce, but he doesn’t like to think in terms of hiring quotas. “The best products come out of companies with a culture that promotes diversified thinking,” he said. “The day I started here I committed to developing talent around three principles – inspiration, collaboration, and accountability.”

As a hedge fund investor, Winton has spent a career evaluating people and talent. He gave three strong pieces of advice that can benefit any startup leader:

Have One Vision. When the dosist founders asked Winston to be CEO, they remained on the company’s board, but he insisted they not try to influence daily operations. “The founders had a great product, but they saw the cracks in the business operations were starting to get bigger and they wanted to make a change before they had big problems,” he said. “That takes a lot of vision on their part, but I had to make clear that the dosist Board of Directors and the dosist CEO couldn’t co-run the company, and they agreed.”

Align With Investors. Winston makes the sound suggestion that entrepreneurs should vet funders as much as the funders vet them. Founders should not be too quick to accept money from investors, until they see everyone is on the same page in terms of vision, growth and overall strategy. “Two doctors can’t work together if one thinks the cancer is in the neck and another think it’s in the belly,” he said. “Once you agree it’s in the belly, you can figure out the best way to get it out.”

This attitude can help a company get through the inevitable turbulent periods of a startup, and position it for future growth. With a strong foundation in place, Winston is now getting ready to move into select new markets and begin adding an innovation lab to develop new products that adhere to the company’s mantra of dose-controlled, health benefits. Brand, in his view, is not just marketing, but a mission statement and guardrails that can turn a company into a transformational force.