Here are the details of N.J.'s new legal weed bill, including delivery and smoking lounges 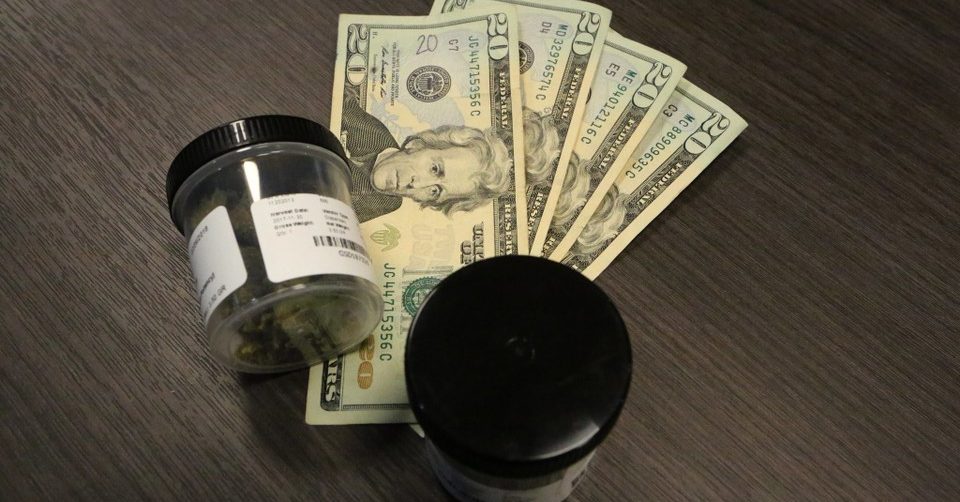 Lawmakers have finally written the latest bill that would legalize marijuana and lay the foundation for a commercial weed industry in New Jersey — a bill they believe has a real chance to pass.
NJ Advance Media obtained a copy of that plan this week. It calls for what could be the lowest marijuana taxes in the nation, weed delivery and places for users to smoke outside of their homes, among other provisions.

The basics
Essentially, the bill would legalize the possession and personal use of small amounts of marijuana for people at least 21 years old. It also would create, regulate and tax a commercial marijuana industry in the state. This bill provides amendments to a legal weed plan introduced by state Sen. Nicholas Scutari, D-Union, in June. NJCI Colorado was among the first two states to legalize recreational cannabis
Mathew Sumner

N.J. could have the lowest pot tax in the country
If the bill is approved the way it’s written, New Jerseyans would pay perhaps the lowest marijuana tax in the country: 10 percent. Previous legalization bills floated taxes that rose to 15 percent and 25 percent after starting lower. This bill would keep the tax at 10 percent. Politico reported this week that Gov. Phil Murphy was not happy with the tax being lower than expected, so this could change after negotiations. Murphy said during an unrelated news conference on Tuesday that his administration has “not hardened a position on taxes.”

“We typically don’t talk about legislation while they’re getting baked,” Murphy said. “We’re not ruling anything out. We want to get it right.”

There could be legal places to smoke
In many states with legal weed, the only place to legally consume marijuana is at a private residence. But New Jersey would be different if the bill passes as-is.

Business with a marijuana retail license would be able to apply to have a consumption space on the same premises as, but separated from, their dispensary. Retailers would have to get local approval for the consumption space in addition to getting permission from the state, the bill says.
NJCI Colorado was among the first two states to legalize recreational cannabis

You’d be able to get your weed delivered
People in New Jersey could soon be getting marijuana delivered, as the bill allows for weed deliveries. Businesses with a marijuana retail license would be able to get permission from the state to deliver cannabis products to customers. Murphy has indicated that he supports delivery. Not all states allow marijuana to be delivered, but California, Nevada and Oregon do.

Who will make the rules?
While the bill presents the foundation of a legal weed industry, it leaves much of the rule-making up to the Cannabis Regulatory Commission, a five-person body tasked with setting parameters for the industry, as well as oversight. One of the biggest decisions the commission would have to make is how many licenses to issue. Unlike previous plans, this bill doesn’t not set a ceiling for the number of businesses that would participate in the industry.

The bill says that the commission will have five full-time members. All five would be appointed by the governor, three with Senate consent, one with the consent of the Senate president and one with consent from the Assembly speaker.

Looks like minorities, women and veterans would have a shot
Like previous versions of the recreational bill, this one aims to set aside 25 percent of licenses to businesses owned by women, minorities or veterans. The big difference in this bill is that the 25 percent is a mandate, rather than a goal.

The bill would create an office of business development for women, minorities and disabled veterans and the goal of that office would be to ensure at least 25 percent of all licenses go to businesses owned by people in those categories. Other lawmakers had said previously that the bill could end up back at the 25 percent goal, rather than the mandate, depending on how the negotiations go.

Areas with high unemployment would be favored
In his last attempt at a recreational bill, Scutari introduced the idea of social impact zones. These were areas with high poverty and marijuana arrest rates that disproportionately affected minorities. Scutari’s bill gave preference to licensing companies from those areas.

Assemblyman Joseph Danielsen, D-Somerset, who supported the social impact zones, said the problem was that the overlapping income and arrest information wasn’t available. As an alternative, Danielsen said the lawmakers are considering giving preferential treatment to companies based in areas with high unemployment.

The bill says that towns with an unemployment rate that ranks in the top 10 percent of the state would be considered an impact zone, and the bill sets a goal of awarding 25 percent of all licenses to applicants who have lived in an impact zone for at least the last three years.

No home-grow
As much as some marijuana advocates want to be able to grow at home, this bill does not allow home-grow.
Lawmakers have said that it’s a nonstarter.

And no word on expungements
If Jersey legalizes marijuana, low-level marijuana possession would be legal, meaning there would be hundreds of thousands of residents with a conviction for an activity that is no longer a crime.
Each of the recreational bills introduced this year have allowed people with low-level marijuana possession to apply to clear that charge from their records. More recently, lawmakers have been working to make that process easier. Assemblyman Jamel Holley, D-Union, has been leading that effort.
But this bill makes no mention of how expungements would work should weed be legalized.
Scutari said that Holley and Assemblywoman Annette Quijano, D-Union, are writing an accompanying bill that does more to expedite expungements, meaning more details on expungements aren’t known at the moment.

But when would weed really be legal?
While the bill would immediately make legal the possession and personal use of small amounts of marijuana, it would take several months before the commercial industry could get up and running.
The bill says the commission would have 180 days to adopt rules and regulations, including the number of licenses it would issues. After the rules are adopted, the commission must start accepting applications for licenses within 30 days, and approving or denying those applications within an additional 30 days.
The commission then would be required to issue licenses 30 days after approval. Once a cultivation business has its license, it would be free to start growing marijuana, but it would take a few months to harvest the plants. It’s probably safe to say that if this bill passes, the commercial market will be up and running in about a year.

Where does the bill stand?
The bill obtained by NJ Advance Media is the same one sent to Murphy and his team last week. Lawmakers are awaiting feedback from the governor and expect to make small changes before introducing the bill to the Legislature.

Senate President Stephen Sweeney, D-Gloucester, has said he believes he has the votes to pass legalization, but it’s unlikely to get done before October, which was his goal. Lawmakers have said to expect multiple hearings before the bill will be put to a vote.