Indigenous Communities Are Investing Big Ahead Of Cannabis Legalization 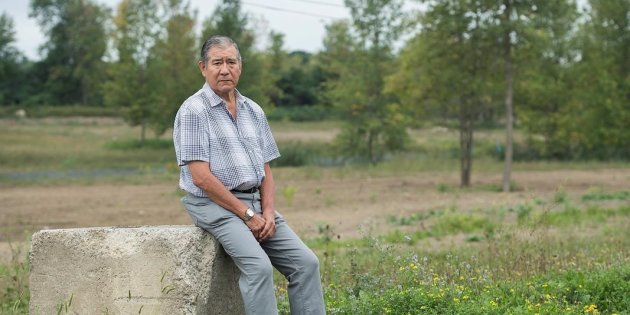 Just upriver from downtown Montreal, the Kahnawake First Nation council office takes pride of place in the reserve’s modest skyline, along with a youth centre and a pair of churches.

Soon, however, these old edifices may all be dwarfed by a sprawling, state-of-the-art greenhouse sprouting with cannabis plants and buzzing with cultivators of Canada’s newest legal commodity.

The Mohawk Council of Kahnawake has signed a non-binding agreement with Canopy Growth Corp. The potential deal would see the First Nation host a 4,650-square-metre production facility, plus a processing and packaging space nearly half that size, in partnership with Canada’s largest cannabis company.

“We rely almost completely on outside government cash. We need a stable source of income so that we can then give it back to our people,” said Grand Chief Joe Norton, pointing to plans for enhanced park spaces, health and addictions treatment and a Mohawk language program.

Kahnawake is hardly alone. First Nations across the country are capitalizing on cannabis legalization — set for Oct. 17 — with plans for production plants, partnerships and investments. But the potential windfalls come with concerns around social fallout and clashes over jurisdiction.

As of last August, there were at least five licensed producers and 14 applicants with Indigenous ties, according to Health Canada. But dozens of First Nations are linking up directly with cannabis companies that already have licences, Norton said.

In western Saskatchewan, Thunderchild First Nation has invested $8 million in Westleaf Cannabis Inc. for a 10,700-square-metre production facility on council-owned land, slated for completion next year.

In the Yukon, Carcross-Tagish First Nation Chief Andy Carville has instructed his legal team to go on a “fact-finding mission” around pot production.

We rely almost completely on outside government cash. We need a stable source of income so that we can then give it back to our people
Grand Chief Joe Norton
“We got quite excited looking at how we can take advantage of it,” he said, citing local jobs and a steady revenue stream as a means to “move out from under the government’s thumb.”

Carville said he has sat down with Aurora Cannabis Inc., among other growers and investors, to discuss a location.

Not everyone is so patient. The Tyendinaga Mohawk Territory in eastern Ontario is one of several communities where entrepreneurs have defied federal law to open dispensaries ahead of legalization. Band councils have met the vendors with relative indifference — as in Tyendinaga, where more than 40 retailers sell pot — to swift crackdowns, like in Kahnawake, where one incorrigible dealer has tried to open up shop three times.

“The community itself is divided on the whole issue of cannabis,” said Kitigan Zibi Anishinabeg Chief Jean Guy Whiteduck, citing community wellness concerns. “Not everyone sees it as a get-rich-quick scheme.”

Taxation, too, remains a key sticking point, with a deal hashed out between Ottawa and the provinces last December giving provincial governments 75 cents of every dollar collected in cannabis excise taxes and the rest flowing to the federal coffers.

He commended communities such as Kahnawake, which has pushed ahead with a draft law to regulate cannabis on reserve. “But my approach is to make sure that you’ve got clear jurisdiction…as opposed to just saying you have it,” he said.

“We’ve dealt with that through tobacco,” he added, warning of “grey marketeers…Yes, individuals can make a lot of money, but it leaves the First Nations governments out.”

In a submission to the Senate aboriginal peoples committee last March, Jules called for First Nations authority over production, licensing and distribution as well as a share of the taxes.

Justice Minister Jody Wilson-Raybould and Health Minister Ginette Petitpas Taylor have said they are open to consultations with Indigenous groups when regulations to Bill C-45 are being drafted, after Oct. 17.

Some fear legal pot will recreate the colonial violence of alcohol or foster dependency in young people. But for others, cannabis — and the money it will generate — is a potential relief from those very wounds.

“Some of the older folk are saying basically, it’s zero tolerance, that’s it,” said Grand Chief Norton of Kahnawake.

“If you look back at our history, the residential schooling, the Sixties Scoop and all these things that have happened to us, people rely on those sorts of things as a crutch,” he continued. “But it can be a medicine too.

“Everybody’s moving on this. I’m asking: Are we going to be left behind, again?”