NJ Sets Possible Date For Marijuana Legalization – And A Tax 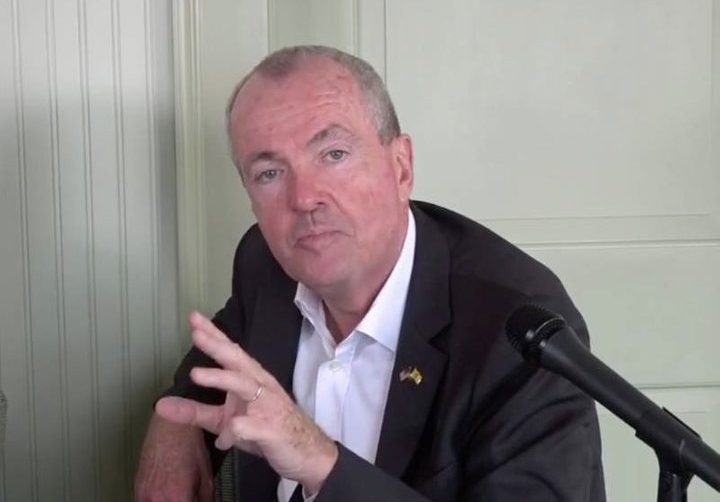 Gov. Phil Murphy and New Jersey lawmakers finally have a date in mind for passing what could be the biggest legislation in years: marijuana legalization. And they want to get it done by Halloween.

But there is one potential stumbling block: a tax. Lawmakers are talking about a pretty hefty tax that they want to impose on the drug once it becomes available commercially.

Murphy and lawmakers say they’re looking at Oct 29 as the day the state Legislature should pass a bill legalizing marijuana in New Jersey. It’s not clear if the governor would actually sign it that day, or right afterward.

Murphy was asked about marijuana legalization during a recent Facebook live interview, and he told the audience that he’s looking at signing something “sooner than later.” You can watch him speak about it below.

“We’ve had good exchanges with both the legislative leadership sponsors and, most importantly, the teams in the trenches crafting this,” Murphy said. “I think it’s sooner than later.”

He also said that, based the tenor of the discussions and the give-and-take between the Murphy administration and lawmakers, Oct. 29 “feels about right.”

Murphy said there will be several pieces to the legislation, including expansion of the medical marijuana program. The “biggest mountain to climb,” he said, will be legalizing the drug for recreational use.

What could stand in the way is that Democratic leaders in the state Legislature are standing by a 12 percent tax on recreational marijuana. The tax is controversial, and some legislative debate over it could delay the passage date.

Scutari, however, told NJBIZ and other reporters that lawmakers are pushing for tax rates anywhere from 10 percent to 25 percent over a four-year period. Pending legislation on legalization has set the rate at 12 percent.

Sen. Joe Vitale, D-Union, said debates over what agency should regulate marijuana use and the tax rate could easily delay the vote past Oct. 29, according to the report. But top lawmakers say they have their eyes set on Oct. 29.

Murphy said he’s a father who “didn’t come to this naturally overnight.” He believes legalizing marijuana is about social justice.

“Assuming the legislation comes to me in the shape I hope it does, I’ll sign that,” he said.

Just don’t expect pot to be sold in stores right away.

Kate Bell, legislative counsel for the Marijuana Policy Project in Washington D.C., told nj.com that the regulatory and licensing process could take another six months after the legislation is passed. That schedule could move a lot more quickly if medical marijuana dispensaries are allowed to meet the demand.

Scutari and Sweeney, meanwhile, have introduced two bills that collectively would legalize the recreational use of marijuana in New Jersey and vastly expand access to medical marijuana.

“These two pieces of legislation we introduced represent a concerted effort to put all the options on the table in an efficient, comprehensive manner,” said Scutari. “The legislation to legalize marijuana for adult recreational use would eliminate the draconian laws and penalties currently in place and improve social justice issues in urban areas. Law-abiding adults will be able to partake legally and safely knowing exactly what they’re ingesting.

The second bill, he said, combines the new recreational marijuana use with measures that expand the existing medical marijuana law to widen its availability so that patients have “unencumbered access to the full spectrum of relief it provides.”

“From a health and wellness standpoint, marijuana provides relief from a host of conditions,” said Sweeney. “By expanding its accessibility, we help New Jerseyans live life to its fullest. And by legalizing the possession of marijuana, we correct a great social injustice. Persons of color have been routinely targeted for marijuana possession. If we legalize marijuana, we end that practice while creating a mechanism for individuals convicted of low-level marijuana possession to have their records expunged.”

One bill, S-2702, would legalize the possession and personal use of marijuana for individuals 21 years of age and up. An individual could possess, use, purchase or transport one ounce or less of marijuana. Additional regulations would apply for marijuana in liquid form, concentrate or infused in other product.

Under that legislation, state would establish a graduated tax rate on marijuana sales to be implemented over several years. Local governments would retain the right to create their own ordinances governing the time, place and manner of sales and they would have 180 days following enactment of the law to prohibit the operation of an establishment to sell marijuana.