Virginia Lawmaker Introduces Legislation to Legalize Marijuana in the State 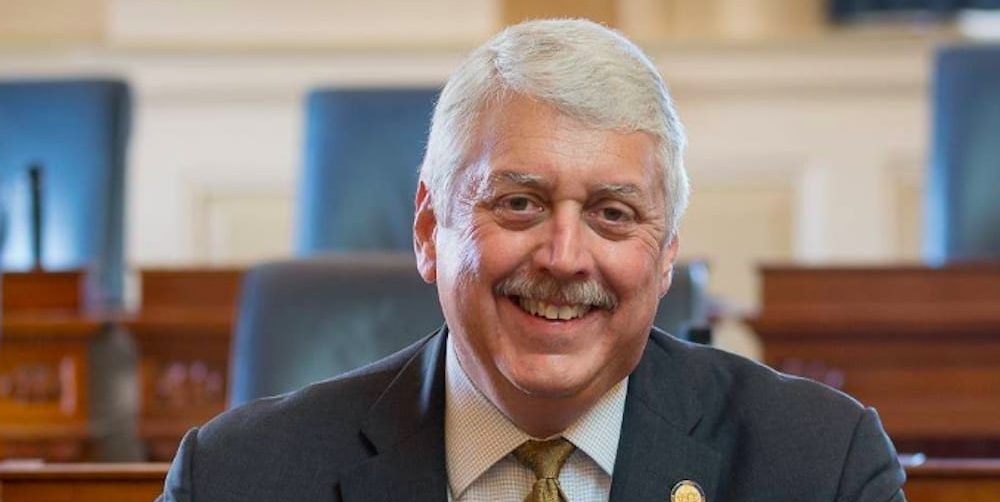 Virginia House Delegate Steve Heretick, a former Justice Department attorney and president of the Virginia Board of Medicine, knows that cannabis, like any intoxicant, poses risks. But he also believes that adults should have the freedom and the responsibility to choose whether or not to consume cannabis for medical or other purposes. In a video posted to YouTube on Tuesday, the day before the start of Virginia’s first 2019 legislative legislation, Heretick presents those views as he introduces his bill to legalize marijuana in the state. Today, Heretick submitted that bill, HB2371, to the floor of the Virginia House of Delegates.

New Bill Would Legalize the Manufacture, Possession and Personal Use of Cannabis in Virginia
Steve Heretick’s HB2371 is hardly the delegate’s first attempt to pass legislation reforming Virginia’s harsh cannabis laws. Since his election in 2015, Heretick has introduced a number of bills to decriminalize simple possession. And incidentally, state senator Adam Ebbin submitted a bill in Virginia’s upper house on Wednesday that would do just that. But this year, Heretick wants to go all the way. His bill would establish a regulated cultivation, distribution and retail industry while setting broad limits for personal possession and use. Heretick’s bill even allows for home cultivation of three mature plants, three immature plants and unlimited seedlings.

But because it’s such an extreme departure from the current norm in Virginia, Heretick knows his legislation faces a long, uphill battle. That’s why his 150-page bill tries to cover all its bases. Taking a page out of the legislative play books of U.S. states with legal cannabis, Heretick is proposing a comprehensive “seed-to-sale” tracking system, a weighty but comparable 15 percent tax rate on retail and a ban on public consumption.

Anti-Cannabis Attitudes Still Prevail Among Virginia Lawmakers
Delegate Heretick doesn’t believe decriminalization measures go far enough. But taking into account the strong sentiment against legalizing cannabis in the Virginia legislature, decriminalization might be as far as a majority of lawmakers are willing to go—at least short term. Certainly, decriminalization would be a massive improvement over Virginia’s current system of affirmative defense.

Affirmative defense means someone with a valid recommendation for medical cannabis can avoid criminal liability for possessing certain non-psychoactive oils. But it doesn’t shield patients from arrest, charges or a trial. Nor does it provide patients with many options when it comes to medical cannabis products. Affirmative defense applies only to possession of oils with at least 15 percent THC-A or CBD and less than 5 percent THC. Decriminalization would add to those limited protections a reduction in penalties for possession up to half an ounce, from a criminal misdemeanor carrying a maximum 30 day jail sentence and $500 fine to a civil infraction with a $50 ticket.

While undeniably an important step forward, progressive lawmakers in Virginia want to take the state forward toward a taxed and regulated adult use industry with full legalization. But there are plenty of Delegates who oppose such efforts. And a few have already responded negatively to Heretick’s bill. Del. John Bell, a Democrat, simply said, “Not in Virginia.”

Heretick remains optimistic that there is quiet support for the bill among his colleagues in the House. And his YouTube video calls on voters to urge their representatives to co-sponsor the bill this session. And while support for the bill may not be enough to pass it this time around, it could at least get the legislative wheels spinning: studies, committees, special commissions and public comment. One 2017 Quinnipiac poll places support for adult-use legalization at 59 percent among Virginia voters.