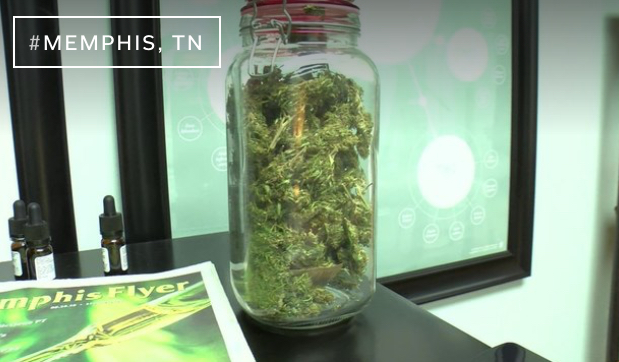 Could Tennessee join the 33 other states that have legalized medical marijuana?
Just two days into the opening of the legislative session, Republican lawmakers Janice Bowling of Tullahoma and Representative Ron Travis of Dayton said they are ready to do just that.
Republicans have traditionally shied away from marijuana legislation, but this year, two Republicans have already announced they plan to propose a medical marijuana bill.
They say they have learned from mistakes of the past medical cannabis bills and this one will work.
At least one advocate WMC5 spoke to is cautiously optimistic.
“Oh yeah, I love the idea of medical marijuana bills,” said Lee Otts.
Otts has been a longtime advocate for reforming marijuana laws in this state.

Otts said the announcement that Bowling and Travis are sponsoring legislation this session to legalize medical marijuana is certainly exciting news. “I’m glad more and more Republicans are doing it, it’s just you know waiting to see what type of bill it is,” Otts said.

The proposal would allow licensed Tennessee dispensaries to sell marijuana to patients who have obtained medical cards, proving that they suffer from an approved list of medical conditions.
“Why does the legislation have any right to say this medical condition is more important than this one?” Otts said. “When there’s a handful 13, 14, 15 illnesses. No legislation needs to step out and it needs to be between the patient and the doctor.”

It’s unclear when the bill will be filed or the likelihood that it will actually pass this go around.
“That’s a good question because we have 33 new members that are in the house alone so in Tennessee house and the Senate has new members also, so it’ll be interesting,” said State Rep. Antonio Parkinson (D).
Parkinson said he’s primarily more concerned with who will get to cash in if this bill is passed.

“If we are going to be in that business, in our state everyone has a fair shot in an opportunity in being involved in it,” Parkinson said. WMC5 reached out to all of the Republican Shelby County state lawmakers to get their take on this new proposal.

Tom Leatherwood of Arlington said he wants to see the research behind legalizing medical marijuana.
Arlington said he doesn’t have an opinion one way or another about it, but he is open to discussing it.