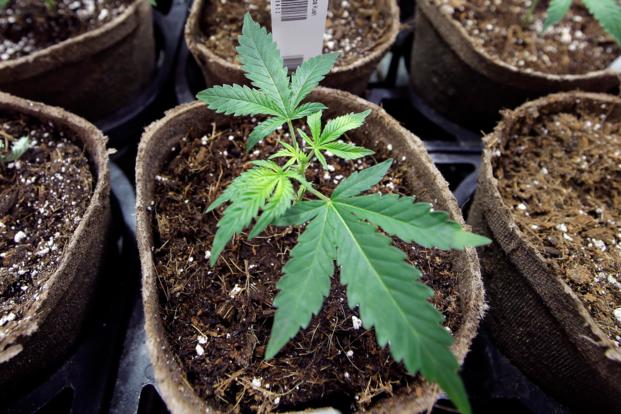 Less than a month into the 116th Congress, lawmakers on both sides of the aisle in the House and Senate have introduced four bills that, if signed into law, would require the VA to conduct research on medical marijuana.

Tennessee Republican Rep. Phil Roe, a medical doctor and ranking member of the House Veterans Affairs Committee, introduced legislation Thursday that would require VA to conduct research on medicinal cannabis, to include marijuana and cannabidiol — a component extract of marijuana – for post-traumatic stress disorder, pain and other conditions. The bill, H.R. 747, is similar to one introduced Wednesday by Rep. Lou Correa, D-California, H.R. 601.

In the Senate, Sens. Jon Tester, D-Montana, and Dan Sullivan, R-Alaska, introduced a bill, S. 179, on Jan. 17, directing the VA to carry out clinical trials on the effects of medical marijuana for certain health conditions.

And on Jan. 16, Rep. Matt Gaetz, R-Florida, introduced legislation that would create a pathway for VA to obtain the marijuana needed for research. Gaetz’s bill, H.R. 601, would increase the number of manufacturers registered under the Controlled Substances Act to grow cannabis for research purposes. It also would authorize VA health care providers to provide information to veterans on any federally approved clinical trials.

“For too long, Congress has faced a dilemma with cannabis-related legislation: we cannot reform cannabis law without researching its safety, its efficacy, and its medical uses — but we cannot perform this critical research without first reforming cannabis law,” Gaetz said in a statement.

“The VA needs to listen to the growing number of veterans who have already found success in medicinal cannabis in easing their pain and other symptoms,” said Tester, ranking member of the Senate Veterans’ Affairs Committee, in introducing his bill.

Lawmakers have tried for years to influence the debate on medical marijuana, offering numerous proposals on veterans’ access to marijuana and its derivatives. Marijuana remains classified as a Schedule 1 drug under federal legislation, meaning they have a high potential for addiction and “no currently accepted medical use.”

In 2018, bills were introduced that would have required the VA to conduct research on medical marijuana, allowed VA providers to complete the paperwork patients need to obtain medical marijuana in states where it has been legalized and decriminalized the drug for veterans regardless of where they live.

None made it into law.

In August, Tester, Roe, Sullivan and former Democrat Rep. Tim Walz, now governor of Minnesota, wrote VA Secretary Robert Wilkie urging him to support “rigorous clinical trials” on medical marijuana. They pointed out that VA is currently conducting two small-scale studies, adding that veterans “deserve to have full knowledge of the potential benefits and side effects of this alternative therapy.”

To date, 33 states, the District of Columbia, Guam and Puerto Rico have made marijuana legal for medical purposes.

Roe said that, as a doctor, he believes medical research is needed to determine whether treatments are safe and effective.

“While data remains limited, surveys have shown that some veterans already use medicinal cannabis as a means to help with PTSD. … I would never prescribe to my patients a substance unless I was confident in its proven efficacy and safely and we need to hold medicinal cannabis to the same standards … if research on the usage of medicinal cannabis is favorable, I am confident that it could become another option to help improve the lives of veterans and other Americans,” he said.

In 2017, the American Legion, the largest veterans organization with nearly 2 million members, urged the federal government for marijuana to be removed from the list of controlled substances. The organization also adopted a resolution urging passage of laws that would allow VA doctors to recommend medical marijuana.