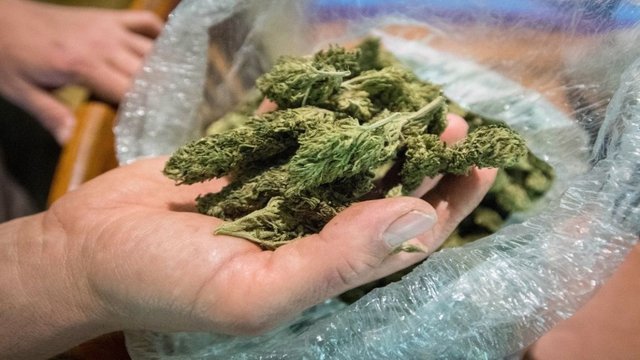 Hundreds of students have given the term higher education a new meaning, enrolling in a four-year degree in medicinal plant chemistry, The Associated Press reported Monday.

The news outlet reported that nearly 300 students are majoring in the subject at Northern Michigan University. The area of study was first introduced roughly two years ago, and other colleges have since launched similar programs.

Professor Brandon Canfield, who proposed the major, told the AP that students in the Northern Michigan program won’t grow marijuana, but will instead learn how to measure and extract medical compounds from plants like St. John’s Wort and apply those skills to marijuana.

“All of our graduates are going to be qualified to be analysts in a lab setting,” Canfield told the AP, highlighting the boon seen in jobs in the cannabis industry.

The AP reported that Minot State University in North Dakota will launch a similar offering this spring, and noted that Ohio State University, Harvard and Vanderbilt each offer classes focused on marijuana policy.

Michigan voters last year approved a referendum to legalize marijuana for recreational use. The state joined 10 others and the District of Columbia that have passed such laws.

Sen. Cory Booker (D-N.J.) introduced a bill last week that would legalize marijuana across the country and remove the drug from the federal list of controlled substances.

The marijuana industry added to its lobbying team in Washington, D.C., for 2019 as it gears up to push legislation.