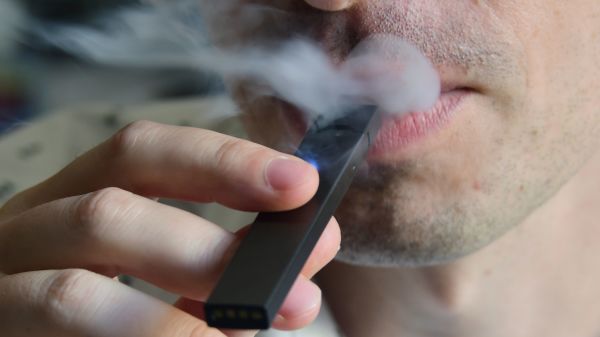 Outgoing Food and Drug Administration Commissioner Scott Gottlieb released the agency’s much-anticipated policy restricting e-cigarette sales on Wednesday — designed to tighten sales and eventually remove from the market many of the fruity flavors he’s blamed on fueling “epidemic” levels of teen use.

“We think flavored products represent greater risk to youth appeal, so when we’re looking at the public health value and redeeming qualities of products, we generally feel flavors have more to prove at this point,” Gottlieb said Wednesday in an interview. “They’re the ones driving youth use so we want to do a proper evaluation through our assessment process.”

The proposal, which is now open for public comment for 30 days, outlines new restrictions for most flavored e-cigarettes, speeds the agency’s deadline to review flavored nicotine products and allows it to pull e-cigarettes from the market. If finalized, the change will likely remove some flavored e-cigarettes and cigars from stores, the FDA said.

It also would limit sales of flavored nicotine pods to websites, vape shops and other retailers that impose age restrictions. The FDA, which previously decided not to take enforcement actions while reviewing e-cigarettes, is now reversing that stance — but just for the fruity flavors many believe attract underage users, such as bubble gum, mango and creme.

The FDA plans to crack down on products that are likely to entice kids, such as those designed to look like juice boxes or candy, indicating it could remove them from stores altogether. The agency could further tweak its guidelines. Gottlieb said the FDA could even specify that popular pod-based products can be sold only if they receive FDA clearance.

“I think the marketability of pod-based products will be called into question if youth use rates continue to climb at the rates they’re climbing,” he said.

Gottlieb will meet on Wednesday afternoon with executives from e-cigarette market leader Juul and tobacco giant Altria. He called the companies into his office after Altria announced a $12.8 billion minority investment in Juul, just two months after saying flavors and the pod-based e-cigarettes Juul popularized drove the surge in teen use.

Gottlieb is also moving up the application deadline for most flavored e-cigarettes by one year, to Aug. 8, 2021. The changes do not apply to menthol, mint and tobacco — flavors the FDA has said it wants to preserve because they’re available in cigarettes and help switch adult smokers.

Flavored cigars that were introduced after 2016 without FDA clearance will also be subject to new enforcement actions, including possibly removing them from the market, according to the guidance. Additionally, the FDA will move forward with a proposed ban on flavored cigars that if finalized would eventually remove all flavored cigars from shelves.

The proposal comes after months of pressure on the agency to control a recent surge in teen use of e-cigarettes and will be one of Gottlieb’s last as commissioner. He announced last week he will step down in about a month.

That raises the question of what will happen to the policies Gottlieb advanced once he leaves. He said the policy proposed on Wednesday has “broad support” from the Trump administration. Health and Human Service Secretary Alex Azar in a statement expressed his support.

When the FDA started regulating e-cigarettes in 2016, the agency froze new products from entering the market and said those already being sold would need to send in applications for FDA review starting in 2018. Gottlieb in 2017 extended the deadline to 2022 to give the agency and the industry more time.

“If you told me in summer 2017 there was going to be an explosion in youth use of e-cigarette products over the course of 2018, I would have made different decisions in 2017,” Gottlieb said Wednesday, adding that the agency “immediately pivoted” and “moved quickly” when it saw data proving the surge in teen vaping.

Gottlieb in September warned e-cigarette makers that if they did not fix “epidemic” levels of teens using their products, he might pull their products altogether.

In 2009, the FDA banned certain flavored cigarettes. But it excluded menthol and other tobacco products, like flavored cigars. Critics have sought to reverse the exemptions, saying the flavors appeal to kids.

Proponents of e-cigarettes have fiercely defended flavors like cucumber and berry, arguing they help ween adult smokers off of cigarettes. E-cigarette market leader Juul halted retail sales of its sweet flavors in November amid FDA pressure and a surprise inspection of its San Francisco headquarters.

He has tried to balance keeping kids away from e-cigarettes while keeping them available for adult smokers, who he believes can benefit from switching to vaping from combustible cigarettes.

“We’re still trying to do a balancing act where we preserve the opportunity for adults,” he said. “We still recognize the potential benefits for currently addicted adult smokers, but that can’t come at the expense of teen use we’re now experiencing.”