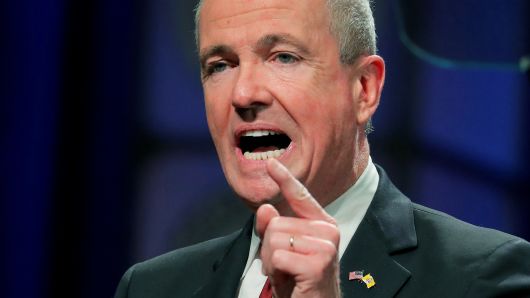 Shares of major cannabis companies rallied Tuesday after New Jersey politicians outlined plans to legalize the adult use of recreational marijuana in the state.

Several New Jersey legislators joined Democratic Governor Phil Murphy in announcing Tuesday a bill that would allow adult-use marijuana in the Garden State. The legislation would also allow municipalities that are home to a cultivator or manufacturer to collect the revenue from a 2 percent tax on the product within their jurisdiction.

“Legalizing adult-use marijuana is a monumental step to reducing disparities in our criminal justice system,” Murphy said in a press release. “After months of hard work and thoughtful negotiations, I’m thrilled to announce an agreement with my partners in the Legislature on the broad outlines of adult-use marijuana legislation.”

If the bill is passed and signed into law, the New Jersey adult-use marijuana market would be governed by a Cannabis Regulatory Commission, composed of five members appointed by the governor. The commission will be tasked with promoting regulations to govern the industry and will oversee applications for licensing.

Many of the largest cannabis companies in the world rallied Tuesday following the announcement from the Democratic governor, including a number of Canadian growers.

Certain provisions in the bill also establish an “expedited expungement process” for individuals convicted of low-level marijuana offenses. The bill would include a virtual process that would automatically prevent certain marijuana offenses from being taken into account in certain areas such as education, housing, and occupational licensing.

The lawmakers also said the legislation includes “a number of provisions” designed to guarantee diverse participation in the burgeoning industry for minorites and women-owned businesses. Some states that have moved to legalize recreational use, like Massachusetts, have struggled to broaden participation in the new market to black and Latino entrepreneurs.

Marijuana remains illegal on a federal level in the United States, but 10 states and the District of Columbia have allowed its use for recreational purposes. Michigan in November became one of the latest states to OK recreational marijuana.