Bill to allow growth of industrial hemp passes in the House 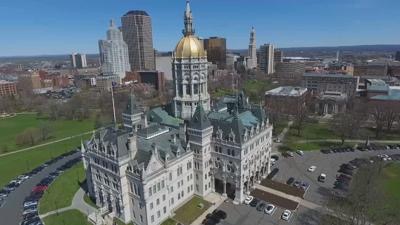 A bill creating a hemp production pilot program is set to be signed by Governor Ned Lamont in the upcoming days.

On Wednesday night, Lamont announced the bill received final approval by the House of Representatives.

This pilot program will allow for the production of industrial hemp in the state.

The bill was approved by the State Senate in April and will now go to the governor’s desk for his signature.

“This legislation will strengthen our efforts to grow our agricultural economy and create jobs, and do so in a responsible manner by opening a competitive market to thousands of Connecticut’s farmers,” Governor Lamont said. “With this program, farmers will have the opportunity to bolster their profits with hemp, and veteran and first-time farmers alike will be attracted to a new and growing market that will offer crop diversification, increased revenue, and expertise in an expanding field. I applaud both chambers of the General Assembly for their unanimous, bipartisan support of this legislation. If we truly want to give an economic boost to our state’s farms, this is something we should all support. I look forward to signing it into law.”