Investing in Cannabis Stocks? Here Are 13 Things You Need to Know 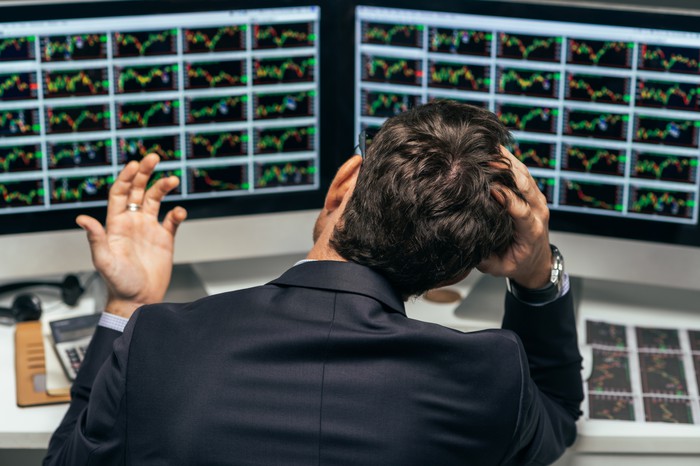 Though there are literally thousands of stocks for investors to choose from, it’s a group of a few dozen in the budding marijuana industry that are garnering a lot of buzz. And it’s not hard to see why, either. If investors had the foresight, fortitude, and luck to invest in some of the biggest cannabis stocks at the beginning of 2016, they’d be looking at quadruple-digit percentage gains today.

But there’s more to investing in the marijuana industry than throwing a dart and hoping to get lucky. Here are 13 things you should know if you plan to invest in cannabis stocks.

1. It’s a fast-paced industry
First off, the growth estimates you hear from Wall Street are very achievable. From the low-end estimate from Jefferies of $50 billion in global sales by 2029 to Stifel analyst Andrew Carter calling for $200 billion in global sales in a decade, these projections all assume an average compound annual growth rate in the double digits for cannabis over the next decade. This is a big reason why the buzz surrounding marijuana isn’t going to die off anytime soon.

Aurora Cannabis’ Big, Scary Number That Should Make Investors Nervous
3. There are numerous ways to play the marijuana craze
Investing in marijuana stocks means you can consider more than just growers. Although there are more than a dozen pot growers to choose from, you can also consider buying ancillary players that work their magic behind the scenes. For example, KushCo Holdings supplies compliant packaging and branding solutions, and is currently generating most of its revenue from vaporizer sales. Also, highflier Shopify provides select Canadian provinces and companies with access to its e-commerce platform. There’s more to cannabis investing than just growing pot.

4. The medical benefits of cannabis are still in question
Medical marijuana has long been a popular way to invest in the industry. Just understand that while university-level studies have found intriguing correlations between medical pot and certain ailments, the U.S. Food and Drug Administration (FDA) recognizes cannabis and its cannabinoids as having two benefits. That’s it! To the FDA, marijuana and its cannabinoids are largely unknown, which puts a ceiling on the potential for medical cannabis in the crown jewel U.S. market.

5. Not every company is going to be a winner
Fact: No matter the industry, or how fast it’s growing, not every company can be a winner. Though we’re admittedly in the early innings of a long maturation process for the industry, grower CannTrust Holdings (NYSE:CTST) is looking as if it’ll disappoint investors. CannTrust recently admitted to growing unlicensed cannabis in five rooms between October 2018 and March 2019, which has subsequently led to 12,700 kilos of inventory being put on hold and all sales operations ceasing. Currently awaiting its punishment from Health Canada, CannTrust is a solid reminder that there will be winners and losers, as with any industry.

6. All nascent industries encounter growing pains
To build on the previous point, all new industries endure growing pains. Sure, marijuana has been around for a long time, but legalizing adult-use pot in a developed country is unprecedented, and there are bound to be issues that arise. So far, we’ve witnessed supply issues in Canada caused by a mammoth license application backlog and compliant packaging shortages, while in the U.S. we’ve seen high marijuana tax rates fuel the black market. These are problems that can be worked through, but solutions don’t happen overnight.

7. Production isn’t everything
As was alluded earlier, production isn’t everything, although you shouldn’t ignore aggregate output, either. Aurora Cannabis (NYSE:ACB) may lead all growers in annual output, but it’s Canopy Growth (NYSE:CGC) that sports nearly double the market cap of Aurora, thanks in part to Canopy Growth’s $3.4 billion cash pile and its 70,000 kilos’ worth of supply deals with all of Canada’s provinces. Aurora doesn’t have anywhere near this much cash, nor does it have supply deals with every Canadian province. There’s more to pot stocks than just production.

8. Derivatives (and CBD) are where the money is
Most folks might assume dried cannabis flower is the industry’s moneymaker, but this is actually a low-margin product for most companies. Rather, it’s derivative products, such as vapes, edibles, concentrates, infused beverages, and topicals, that will primarily drive margins higher. Derivative pot products, which are especially focused on cannabidiol (CBD), aren’t as susceptible to oversupply and commoditization as dried flower, making for firmer pricing power and better margins. Derivatives are to begin hitting Canadian cannabis store shelves in mid-December.

9. Most cannabis stocks are losing money
No nascent industry flips a switch and goes to full capacity overnight. Although marijuana stocks have been growing quickly, most are still losing quite a bit of money. Canopy Growth lost 670 million Canadian dollars in fiscal 2019, which ended March 31, 2019, while Aurora Cannabis has tallied nearly CA$296 million in losses through the first nine months of its fiscal 2019. Even removing a number of one-time expenses, it could be a while before a majority of cannabis stocks are profitable on an operating basis. That’s something to keep in mind, given that earnings actually matter now.

10. Dilutive stock issuances are common to raise capital
You should be aware that raising money is still fairly challenging for pot stocks. In Canada, some companies have gained access to nondilutive forms of financing. But in the U.S., where marijuana remains wholly illegal at the federal level, nearly all companies have struggled to gain access to basic banking services. In order to fund their aggressive expansion efforts, most cannabis stocks will issue their stock, or use their stock as currency, to fund projects or make acquisitions. While effective in raising money, issuing stock is a negative to shareholders since it dilutes their equity stake.

11. All next-big-thing bubbles burst
History suggests that you’re right to be skeptical of the marijuana industry. Over the past quarter of a century, we’ve witnessed a number of next-big-thing investments take shape, including the internet, business-to-business commerce, genomics, blockchain, and 3D printing, to name a few. Each and every one of these high-flying investment opportunities eventually saw its bubble burst. This isn’t to say that there aren’t long-term winners in these industries, so much as to point out that the early-stage exponential gains in these companies rarely hold for long periods of time.

12. Limit orders are a must
Buying cannabis stocks can be trickier than you might think. Although a dozen pot stocks are now listed on the New York Stock Exchange or Nasdaq, dozens of others trade on the over-the-counter (OTC) exchange, where volatility reigns and volume-based liquidity is minimal. If you want to buy or sell pot stocks, you’ll want to be using limit orders, especially on the OTC exchange, in order to avoid an unwanted volatility-induced order fill.

13. Invest for the future, not the present
Lastly, as with any industry (new or old), invest for the long term. It’s easy to get caught up in the seesaw of stories at the moment highlighting rapid growth on one side of the aisle and scandals or continued near-term losses on the other. Don’t devote more money than you’re willing to lose, consider buying multiple stocks in the industry, and let your picks ride for years, rather than days or weeks, if you want to come out a winner.