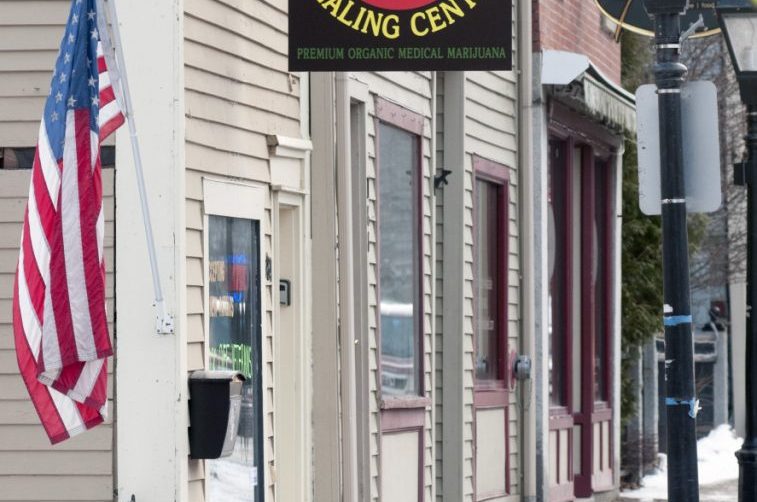 Caregivers would have to get municipal approval to sell cannabis to their patients out of a retail shop under a proposed amendment to a sweeping medical marijuana reform bill pending before the Maine Legislature.

The amendment, proposed by Sen. Roger Katz, R-Augusta, mirrors one that he added to the adult-use cannabis regulatory bill this year that helped it secure enough political support to overcome a gubernatorial veto.

“This amendment would not stop licensed caregivers from selling out of their homes, where they grow their medical marijuana,” Katz said Friday. “It would, however, give municipalities control over all local retail marijuana sales – medical, recreational, all of it.”

The amendment means that towns wouldn’t have to do a thing to prevent retail marijuana sales. Caregiver stores that have already opened – with municipal approval – would be safe, but those that opened without specific local authorization could get shut down, Katz said.

Municipal authorization could take the form of a business permit for medical marijuana sales, zoning laws that allow medical marijuana stores in certain districts, or an ordinance that specifically allows medical cannabis stores. It would not affect caregiver grow locations, Katz said.

As written, Katz believes the amendment will allow towns that are interested in hosting retail shops to write one set of marijuana regulations, which will save them money and make it easier for cannabis entrepreneurs to figure out where they will be welcomed.

Even with these additional local controls, the underlying medical marijuana reform bill would be the first piece of legislation that specifically acknowledges caregiver storefronts, the retail shops that have popped up across the state for selling medical cannabis to patients.

The bill also would eliminate caregiver patient caps, allowing them to serve as many people as they want from 30 mature cannabis plants, and would allow them to hire more than one employee. To get those, however, caregivers would have to accept broader state inspection powers.

The bill also would allow patients to use cannabis with a doctor’s authorization even if they don’t have a listed medical condition such as cancer, Crohn’s disease or seizures. It would expand the number of state-licensed dispensaries from eight to 12 and allow them to go for-profit.

Katz believes the reform bill, which was the product of months of work by the Legislature’s Health and Human Services Committee, could fail if the Legislature doesn’t put limits on the proliferation of caregiver shops, which have been operating in legal limbo, not specifically banned or permitted.
Advertisement

The Maine Municipal Association supports the amendment, said spokesman Garret Corbin. The group wanted the Legislature to clarify local control of caregiver operations. The amendment will ensure “retail stores are only authorized in communities that are open to them,” Corbin said.

The current medical marijuana law was written before caregivers began using short-term patient designations, or patient cycling, to stretch the five-patients-at-a-time state limit into hundreds a year. That kind of walk-in patient turnover has fueled the proliferation of these shops.

What began about a year ago as a handful of caregivers discreetly serving patients out of the back rooms of their smoke shops or garden supply stores has turned into dozens of stores in downtowns across the state, from Bar Harbor to Rockland to Portland.

Some advertise themselves as a medical dispensary in radio ads or online marijuana locator services, while others hang rainbow-colored marijuana flags from their facades and invite the public in to look around. They note the state is not closing any of these stores down.

Some towns argue these storefronts are illegal, operating largely outside of the state regulatory structure and without the same level of regulatory scrutiny focused on the state’s eight licensed medical marijuana dispensaries.

Some law firms with active marijuana practices, such as Drummond Woodsum of Portland, have told their municipal clients that the legality of storefronts has not yet been proven in court. If the reform bill fails, several municipalities appear ready to lawyer up and test the waters.
Advertisement

Some caregivers held off on jumping into these untested legal waters, worried that they would lose patients to walk-in storefronts but not wanting to jeopardize their caregiver license or their chances of one day getting an adult-use grow or retail license.

But the Maine Department of Health and Human Services, the state regulatory agency that has been in charge of the medical program since its inception, has remained publicly silent on the issue. Town officials say not getting shut down is not the same thing as being legal.

“The state has left us in a very difficult position,” Town Manager Nate Rudy said this month after Hallowell adopted a moratorium on caregiver shops. “It’s not enforcing its own laws. They’re leaving it up to us to interpret the law and do the work.”

Hallowell is eager to work with marijuana businesses, Rudy said, but wants to limit the number of medical or adult-use marijuana stores in its downtown to no more than three. The moratorium is intended to buy the town time to write these regulations.

Rudy worries about a downtown full of retail stores after the adult-use market opens and cannabis prices start to fall, like they have in Colorado and Oregon. The green rush might drive rents up at first, but closures could leave downtown empty until rents stabilized.

“Tying the future of our downtown to a volatile market is risky,” Rudy said.
Some towns had assumed the opt-out clause of the adult-use cannabis law meant they could ban retail marijuana stores from their towns altogether, but that law only applies to recreational marijuana stores, not medical marijuana operations.

Once the adult-use bill passed in May and towns began to write highly restrictive marijuana regulations or ban grow sites, kitchens and stores altogether, some municipal leaders were surprised to learn the law didn’t apply to caregiver shops.

Some municipalities have passed moratoriums to buy time to create zoning laws to limit their locations, like South Portland, or downtown limits, like Hallowell. Others, like Augusta, are trying to ban them altogether.