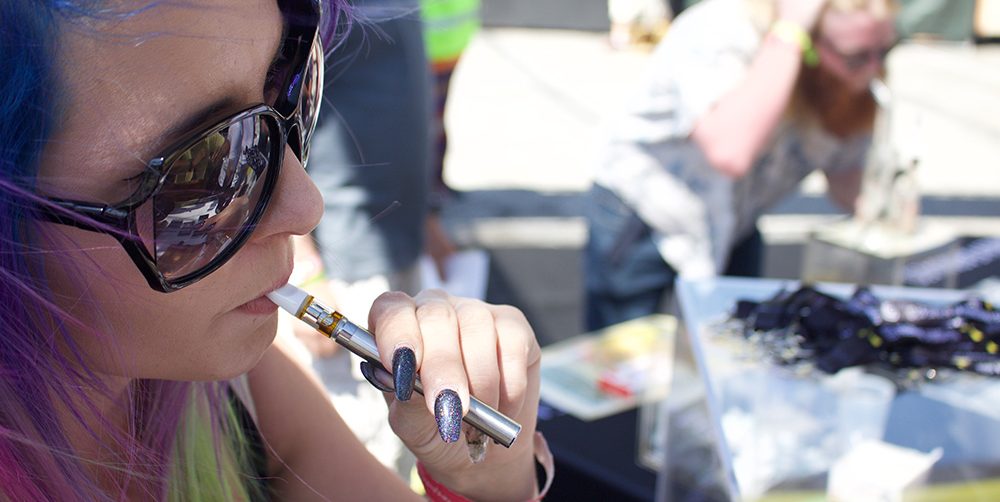 Sales data from Eaze and Jane Technologies Inc. confirm that cannabis e-cigarettes (“vape pens”) account for nearly 25 percent of sales in California and other research by BDS Analytics and Arcview found that “vapes already made up more than half of total U.S. concentrate sales.” Considering that these devices did not exist until 2010 in their earliest incarnations, and did not see mass adoption on the consumer market until 2012/2014 (depending on location), these devices have taken the cannabis industry by storm. As with any new technology, while there are benefits there are also potential harms.

This month, California’s cartridge market was shaken to its core by a memo released by K Street Consulting, drawing attention to the fact that potentially 90 percent of cartridges dry test for actionable levels of lead under the state’s phase 3 heavy metals testing as required by reforms to the state’s medical and recreational cannabis programs. While many outlets have been hyper-focused on lead, there are other heavy metals to be concerned about in these devices.

Big Trouble, Little Care in China
Sasha Robinson, a founder of Firefly Vapor and their former CTO, did extensive research on material components to create the Firefly 1. Robinson said they “were testing standard heating coil wires of different types,” including nichrome wire, a blend of nickel and chromium. After a month of testing, Robinson said he and his colleague noticed they had “skin rashes and itching issues, symptoms that were consistent with those of nickel poisoning,” but they were never checked out by a doctor. Nickel poisoning is a rare disease which can be hard to diagnose and, in extreme cases, can result in coma and epileptic seizures. While both nickel and chromium are heavy metals, neither one is being tested for under California’s phase 3 heavy metals testing (just cadmium, lead, arsenic, and mercury).

Since the developers at Firefly were not using filled cartridges, they could “see that there was dust in the heating chamber when we disassembled the device” and Robinson said he noticed that “after repeated heating and cooling cycles the nichrome wire begins to flake off as white powder,” which was then inhaled into their lungs.

“I don’t want to be an alarmist in this space, we are doing a lot of human experimentation with no studies,” Robinson said.

With that realization, Robinson and colleagues conducted a lot of research “on different materials that didn’t flake under heat cycling.” Ultimately, they put the whole company on hold for about three months to make sure they had a safe product.

“In the end, we did find one, but it was very difficult to find a supplier and we had to have our wire custom made,” Robinson said. “All of our coils are now made in the U.S.”

When it comes to prioritizing human health over company profits, Robinson said he feels that “China doesn’t think that way, they can’t afford to.”

Robinson described manufacturing in China as the “wild west” when it comes to the issues U.S. companies face in dealing with Chinese manufacturers,

“The challenge is that most [U.S. brands] don’t know and don’t want to know what they are made of, because then they become liable for it,” he said. “Their supplier can tell them a lie, like the coil is made of titanium, and then they can repeat the lie to consumers without ever verifying it. That happens a lot.” While much of the market has shifted from nichrome wire to safer components, some companies have not, and others may be repeating incorrect information about product safety given to them by their manufacturer.

A Cowboy of Quality Control
To learn more about China as the wild west of vape manufacturing, Cannabis Now spoke to a long-term “cowboy” of the quality assurance/quality control (QA/QC) testing scene in Shenzhen China, Andy Church. After 12 years doing QA/QC in China, Church founded Insight Quality Services, a company that ensures that what U.S. brands order is what they receive. When I brought up Robinson’s comment about material component deception, Church said it was a common occurrence.

“I think that it happens all the time, in manufacturing and sales, but that is not limited to China,” he said.

Church put the onus on the importer.

“If someone is telling you that a device is made of specific components it is up to the buyer to make sure that what they receive is what they ordered,” he said noting that, for cartridges and any other products, the way to verify is to “send samples in from the inspected lot to make sure the components are what they are meant to be.”

Are they Actually “Vape” Pens?
You may have noticed that this article refers to cartridge-style and all-in-one disposable pens not as “vape pens,” as most people do, but as “cannabis e-cigarettes” or simply as “devices.” This is because they all use appropriated e-cigarette technology, which was not designed for cannabis oils. As previously reported by Cannabis Now, the result is a product that doesn’t always vaporize and generally smolders or combusts the oil around the heating element, which can produce carcinogens and potentially other contaminants. Some higher quality disposable devices, such as the dosist pen, include a microprocessor to control the temperature, but in a market racing to the bottom to provide the lowest prices to overtaxed consumers, most brands do not have a way to control the temperature in their device. Robinson stated it about as bluntly as one can, “Those pens have no temperature control and very few electronic parts, most of the electronics are spent on charging the battery and making sure the battery doesn’t blow up in your face.”

While many people think there is a clear line between what is vaping and what is not, it is more of a gray area than black and white.

“There is no clear line between burning and vaping, it is a scientific measurement of particulates,” Robinson said alluding to the fact that there is no one accepted temperature. In fact, perhaps temperature isn’t even the best metric to use.

Heavy Metals Testing Outside of California
While much of the focus in cannabis vape pen testing is currently on California, it is not the only state to require heavy metals testing and soon Colorado will also be implementing the heavy metals testing requirements contained in that state’s regulations. Despite Colorado testing for the same four heavy metals, the allowable limits are much less restrictive. For example, while California only allows 0.5 parts per million (ppm) for lead, Colorado will allow 10 ppm.

To learn more about heavy metals testing limits in other states, Cannabis Now spoke to Sarah Krings-Lien, a senior consultant for Pistil + Stigma and the head researcher on their multi-year study on cannabis testing limits around the United States.

In addition to the dramatic variance in the number of metals tested for, Krings-Lien said that the limits for each heavy metal vary significantly.

“For example, in five states the limit for lead in cannabis flower is 1 ppm or less, while two states allow up to eight times that amount,” she said.

Safer Alternatives
For cannabis users looking for safer devices, the dosist pen and Firefly are vaporizers that have been around for a few years and have a proven track record for safety and compliance. About four years ago Cannabis Now spoke to Seibo Shen, CEO of VapeXhale and Hanu Labs, who was one of the first C-level executives blowing the whistle on the materials safety issue.

“I’ll be the first to say that pens seem to be safer than smoking, but they may not be as safe as they are being marketed to be,” Shen said. “I wouldn’t say they are unsafe, but they can choose much safer and better materials to use in the cartridges.” Since the interview, Shen has created the Hanu Stone, a portable vaporizer about to hit the market, which he said was “designed to be ROHS and ROHS2 compliant, which are safety standards for hazardous materials.”

While California and Colorado brands may be fine using nickel and chromium in their devices for now, there is no guarantee that will last forever. For brands with a national footprint, or those that aspire to have one, it is important to meet the standards of the most restrictive state the company plans to operate in and meet the standards, rather than trying to save money by buying sub-par electronics and fail testing, or worse, suffering a recall, as just happened to one Michigan company whose products tested hot for arsenic and cadmium (among other chemicals).