Time to Invest in Marijuana? Read This Now. 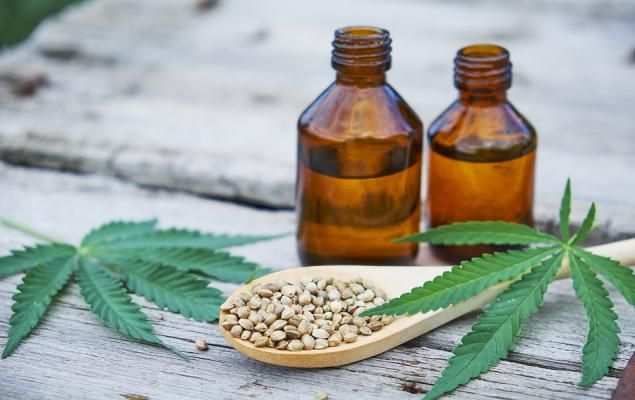 Everything is changing quickly in the marijuana industry and the legal landscape is evolving even faster. Understanding the changes as they occur is going to be extremely important for making successful investment decisions.

It’s an exciting time for investors in this new industry who are now able to purchase shares in companies producing cannabis products for the consumer and medical markets for the first time ever. It has also been somewhat frustrating however, because those investment choices are currently limited by an inconsistent patchwork of laws.

Major US stock exchanges – quite sensibly – will decline to list any companies who are engaged in illegal activity, and since marijuana remains illegal at the federal level in the US, that means no companies who deal directly with marijuana inside the country are traded on the NYSE or NASDAQ.

Currently, the marijuana companies an investor can purchase on those exchanges either operate only in other countries where marijuana is completely legal – most notably Canada – or are US companies that provide ancillary services to the marijuana industry but don’t handle the products themselves. There’s literally even an industry euphemism for that type of business – companies that “Don’t touch the plant.”

Many more companies are now operating in a legal grey area in which they are virtually certain of their immunity from criminal prosecution because they are following the laws of the state in which they do business, yet cannot use traditional banking and credit card services or deduct many expenses when calculating taxes owed, and also cannot list their shares on the major exchanges.

If marijuana becomes broadly legal at the federal level in the US, there is likely to be a deluge of investment opportunities as a new crop of surprisingly sophisticated new companies seek to raise capital on major exchanges.

Legalized marijuana, with almost unimaginable profit potential, has swept over all of Canada, down through 33 states plus D.C. This brand-new industry is booming from $9 billion in 2017 to an expected $32 billion by 2020. It could soar above $146 billion by 2025.

How can you take advantage?

With regard to legalization, public opinion has been changing rapidly, with the latest poll from The Hill-HarrisX research showing 84% of Americans currently favoring it at the Federal level. For the first time, support for legalization is mostly spread evenly among various age groups and political parties.

In addition to recent scientific research that suggests that Marijuana is less harmful to users’ health than other drugs – including alcohol and cigarettes – proponents of legalization also see a potential tax windfall to be gained in the regulation and taxation of Marijuana products.

Estimates abound about the potential size of the legal marijuana market ranging from very conservative to wildly exaggerated – including some numbers in the trillions. Careful research estimates that the US market will grow from the $9B that was spent on legal marijuana in 2017 to $32B by 2020. With state and local taxes of up to 25% in many municipalities where recreational sales are legal, it’s only natural that states and towns see marijuana sales as a way to shore up strained budgets.

The state of Colorado collected $68 million in taxes on legal marijuana sales in 2014 and that number has steadily increased to $267 million in 2018. The state passed the $1B mark in total tax revenues early in 2019.

Recently though, those tax revenues have in some cases been a disappointment. After many years of legal medical marijuana sales, businesses in the state of California sold $500 million less marijuana in 2018 – after it was legal for recreational use – than they did in 2017. The fact that taxes on legal marijuana sales in California range up to 30% seems to be keeping the black market alive.

States and municipalities now understand they need to balance the desire to collect new tax revenue with the basic economics of pricing.

There is also a criminal justice-reform aspect to legalization. Minorities have been disproportionately incarcerated for non-violent marijuana crimes compared to Caucasians, despite evidence that usage rates are similar.

As the Hill-HarrisX poll demonstrates, some Americans do remain uncomfortable with the recent pace of change in efforts to legalize marijuana. That’s a perfectly rational position and it’s understandable that investors who share this sentiment might be hesitant to buy the shares of companies who sell marijuana.

Keep in mind however that with a combined $232B in market cap, Phillip Morris International (PM) and Altria (MO) are owned by millions of Americans, either directly or as a component of ETF and mutual funds – even if those investors personally disapprove of cigarettes.

If you’ve read this far, there’s a good chance you can see that there are going to be some really exciting investment opportunities in the marijuana industry.

Let’s take a quick look at how politics and the legislative process might affect the industry.

That’s no longer an easy question to answer.

In terms of federal law, the answer is “no.” Marijuana remains illegal in the US and is classified as a Schedule 1 drug. The DEA and the Justice Department continue to investigate and prosecute those who violate federal law with regard to marijuana.

Drilling down even lower, in states where marijuana is legal, counties and cities have generally been empowered to enact their own rules that are more strict than the applicable state law. The result is the patchwork regulatory quilt that means that there are spots in the country where a retail store might sell marijuana products legally, while the same business would be prohibited from operating directly across the street in a different municipality.

Former Attorney General Eric Holder made it clear that the Justice Department would respect the laws of the individual states and that there would be no federal prosecutions of marijuana crimes as long as the behavior was legal under state law. President Trump’s first AG, Jeff Sessions, initially promised to take a much stricter stance on marijuana than the previous administration – but nothing of any significance happened in terms of federal marijuana law enforcement during his tenure, and his departure left that situation unclear.

During confirmation hearings, US Attorney General William Barr, stated that his position on marijuana was similar to Holder’s – that the Justice Department would not prosecute any marijuana crimes for behavior that was legal under applicable state laws. He went on to clarify that although he is not personally in favor of legalization, he believes that current state actions amount to a “backdoor nullification of federal law,” and stated his preference that Congress act to clarify the legal situation.

There are currently three pieces of legislation making their way through the halls of Congress that each have a chance of dramatically changing the industry.

The SAFE Banking Act seeks to eliminate the potential penalties financial institutions face when they do business with a firm that is involved with some aspect of the marijuana business. The bill seeks to ensure that marijuana firms can use banking services just like any other business – make deposits, accept credit card payments and pay their expenses by check (instead of cash)

The STATES Act reportedly has strong bipartisan support and would essentially codify the Cole memo. The acronym stands for “Strengthening the Tenth Amendment Through Entrusting States,” and the legislation would formalize the position that each state should be allowed to make its own decision about whether and how to regulate marijuana production and sales

In July, Presidential candidate Senator Kamala Harris (D, CA) and US Representative Jerry Nadler (D, NJ) introduced a bill in both houses that would remove marijuana from the controlled substances schedule – effectively decriminalizing it – and also expunge all federal convictions for marijuana offenses.

The Marijuana Opportunity Reinvestment and Expungement Act (MORE) would establish a 5% national sales tax on marijuana with the proceeds directed to a trust fund that would offer grants, loans and other financial incentives, especially in communities that have been disproportionally affected by the enforcement of marijuana laws. The pace of change we see in the coming months and years will likely be rapid.

How Can You Profit from the Politics of Pot?

Investing responsibly in the marijuana space will involve staying abreast of pending developments in legalization – from what’s going to be included in referendums on state ballots, all the way to what’s happening on the floors of Congress and the Oval Office

Those who see the potential in this nascent industry would be wise to pay close attention to the politics of pot as they make their investment decisions. Some of the early big gains (and losses) may well be due as much to the results of the political process as to the individual efforts of the companies involved.